What to do in Cape Town

While this is the second oldest colonial building in Cape Town, it is also the oldest surviving slave lodge. Built in 1679 as a lodge for the Dutch East India Company’s 600 slaves. The building, which also once served as the Supreme Court, now houses the South African Cultural History Museum.

The South African museum is the oldest museum in South Africa. It is packed with fascinating exhibitions and dioramas featuring hundreds of different birds and beasts, from dinosaurs to quaggas and rhinos to coelacanths.

The main function of the Holocaust Center is to be a place of remembrance for the six million Jews who died at the
hands of the Nazis, but it has sensibly and sensitively placed itself within a wider South African context.

The South African Jewish Museum, located next door to the Holocaust Centre, explores the history and influence of South Afrca’s Jewish community.

Unique in the world and located in the historic Martin Melck House, the Gold of Africa Museum Complex is the world’s first museum to African gold, its heritage and traditional goldsmith skills. It has the largest collection of gold artefacts under one roof.

District Six was once a vibrant cosmopolitan community. Now it’s an ugly scar on the city’s landscape. The apartheid government ordered the people of District Six to be re-located and the houses to be bulldozed to make room for new houses for whites only – a plan that never materialized. This is one of our more interesting museums, alive with the passion of the staff .

The Two Oceans Aquarium is a window on the ocean, offering glimpses of the diverse life found off the South African coastline. Over 3000 living animals, including fish, invertebrates, mammals, reptiles, birds and plants can be seen in this spectacular underwater nature reserve.

Beaches
For a beach visit we would suggest that You choose the best of Llandudno, Clifton 1, 2 or 3 or Bakoven. On weekdays it is not busy. Clifton’s sands are the only beaches where You can rent umbrellas and beach chairs (approx. R25 each). The beaches are beautiful but the Atlantic Ocean is only about 13 degrees C. Please note that there are quite a few steps down to Clifton beach. 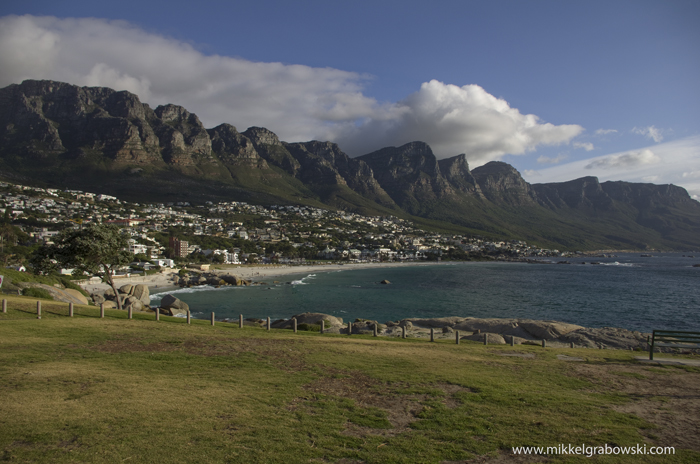 If You want to actually swim, then we suggest Boulders beach (where the penguins are), they have about 4 small beaches that are not usually very busy – but also not as nice as in Cape Town.

Table Mountain
Often described as magical and mystical, Table Mountain is Cape Town’s most prominent feature and a world famous landmark. The mountain is sculpted from sandstone and rises 1086 metres at its highest point. Its flat summit measures nearly 3km and provides breathtaking views over the city and its beaches. The cable car takes You to the top in only a few minutes. We always advise that You go up at Your earliest chance, as the weather is likely to change quickly in Cape Town. Please take something warm to wear, as it can be cooler and windier on top!

Robben Island
Robben Island is situated about 12km into the sea in the middle of Table Bay.

Formerly a political prison and a leper colony, this historic landmark is established as a museum and is a monument to the triumph of freedom, dignity and determination over humiliation and oppression. South Africa’s first democratic President, Nelson Mandela and the founding leader of the Pan African Congress, Robert Sobukwe, are among the more well known political figures who served their prison sentence on Robben Island during the Apartheid era. The last political prisoner was released in 1991 and today the prison houses around 700 medium-security inmates.

The 3,5 hour trip includes 2,5 hours on the island walking through the prison with a former inmate, and touring around the island.

Townships
Any understanding of present day conditions in South Africa is greatly enhanced by looking at past injustices and the legacy of the struggle. On township tours You will see the amazing spirit of hope, positivity, reconstruction and development that exists amongst the many fascinating people in the previously disadvantaged communities.

The tour begins in the museum of District Six, which was once the home of thousands of Capetonians of all hues and cultures. In the 1960’s all these people were forcibly removed from their homes due to the separate development policy of the apartheid government, known as the Group Areas Act. These people were then scattered all over the Cape peninsula to areas known as the Cape Flats.

The tour continues to the townships. Against all odds, township life prevails, in all its nuances. On a township tour You will meet the people, view crafters at work, visit residents in their homes, as well as a township tavern/shebeen and feel the spirit of this new South Africa,

Township tours must be booked two days in advance through the Hemingway’s office in Cape Town.

It is a good idea to combine the township tour with the Robben Island tour.

Cape Point
The tour to the towering headland known as Cape Point is awe-inspiring. Magnificent beaches, breathtaking views, historic and picturesque coastal villages are to be seen along the way.

Travel along the Atlantic Seaboard via Sea Point, Clifton and Camps Bay continuing to Hout Bay, a quaint village and fishing harbour with magnificent mountain views and beach. Go on through breathtaking coastal drives, to Cape Point and the Good Hope Nature Reserve, which has a wide variety of plant, bird and animal life.

Pass through Simon’s Town, a village with a naval base and a large penguin colony at the beautiful Boulders Beach. Or You can stop for lunch at the Harbour House restaurant in the fishing village of Kalk Bay. Bring your swim wear and a towel. There are lots of beaches along the route. 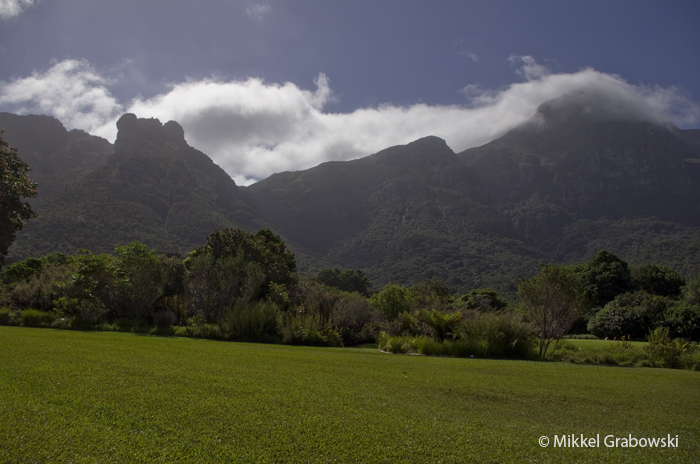 Summer concerts in Kirstenbosch every sunday 17h30 to 18h30. It is advisable to get to the gardens by 16h00 at the latest. Pack a picnic basket with champagne, wine and some snacks, and enjoy the view, atmosphere and then music!
(Entrance on concert days is R35 per person)

V&A Waterfront
Set in the newly re-developed harbour at Cape Town, this is one of the city’s biggest shopping centres. With everything from boutiques to grocery shopping, fast food to haute cuisine available, there is something for everyone. Shops are open from 09h00 to 21h00, with restaurants remaining open later.

Diamonds and Jewellery
South Africa is known for it’s gold and diamond mining, and it is certainly advisable to purchase these locally if you would like some. We recommend you make contact with either of the following to assist you:

Markets
Cape Town’s thriving flea-market trade has its roots in Greenmarket Square. Originally a vegetable market, the square is now home to a charming, bustling market. Here you can buy anything from hand-carved artworks to antique cutlery.

Green Point Fleamarket
On Sundays the area around the Green Point sports stadium transforms into a large market, selling everything from hand made curios to second-hand LPs.

Long Street
If you have the time, then take a stroll up and down Long Street, above Strand Street. With its multitude of antique shops (and the Antique market in Church Street), it’s new and second hand bookshops, clothing stores, café’s and restaurants, you are bound to be kept busy for a while.

Kalk Bay
On your way to or from Cape Point you may want to spend some time walking through the galleries, ceramic & homeware shops and restaurants in Kalk Bay. This is an active fishing village with a wonderful atmosphere.