Photography has become part of daily life in the West – sometimes to an extent that documenting events seems prior to just experiencing them. In Europe and USA, photography has simply revolutionized the way we communicate in many fields and we have a proud record of master photographers who has captured the European and American history and “soul”. But where are the African equivalents of Robert Frank, André Kertész, Henri Cartier-Bresson, Dorothea Lange, Ansel Adams and Robert Doisneau? Malick Sidibe is the only African mentioned in the book “Icons of photography – The 20th Century” and he is considered one of the African continent’s greatest photographers. 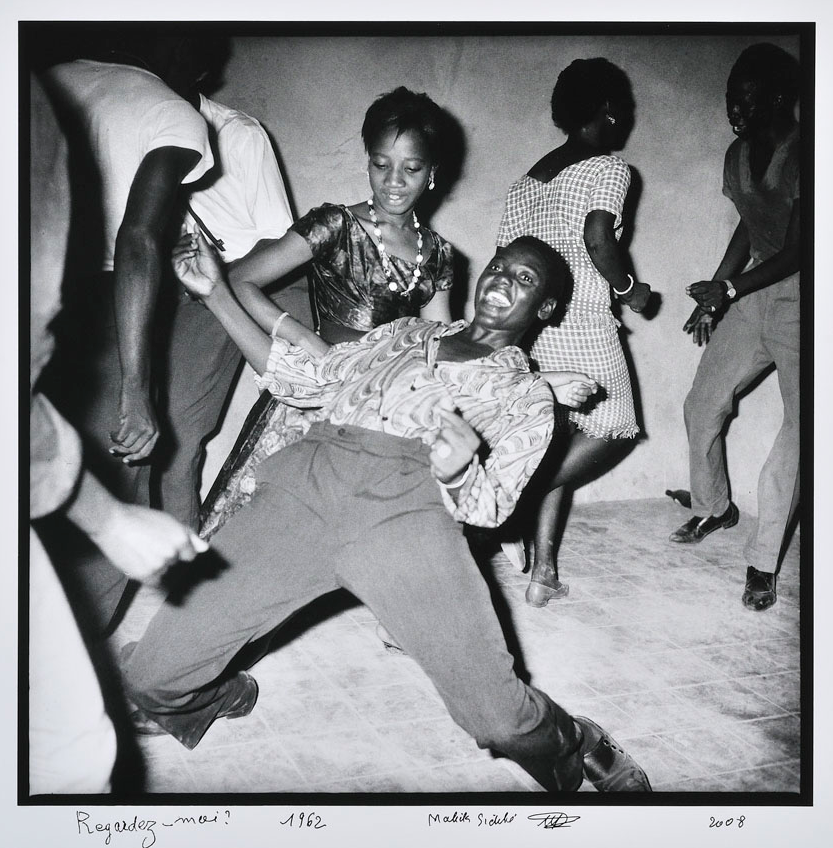 Photographers like Sidibé and Keïfa documented an era of transition during Mali in the 1960’s when the country gained it’s independence. What is of particular interest regarding Sidibé’s images are the many accessories people bring with them into his studio to appear with them in the portraits; of course the clothes they are wearing reflects style and fashion at that particular time but also some are posing with radios, a couple sitting on a motorcycle, holding their favourite records, musicians with their indigenous African instruments etc. Such artefacts also corresponds to Roland Barthes symbolic code and Cultural code (referential). 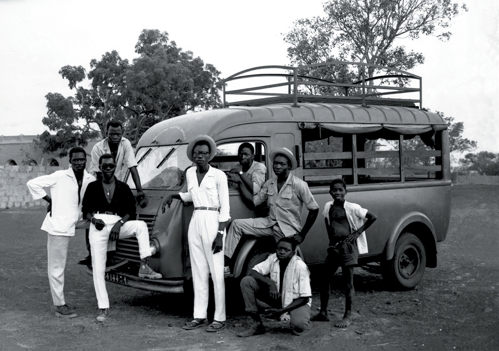 The people, their clothing and the automobile shows a past time in Africa. Photograph © by Soungalo Male, 1960

Other amazing African photographers like Soungalo Male, Seydou Keïta, Abderramane Sekaly, Francis Kodia, Akintunde Akinyele, David Goldblatt, Guy Tillim, and Peter Magubane – all harbingers of a new understanding of Africa and the Africans though their photography.

Since there is so many amazing things to see and do in Africa and so much beauty, bringing a camera along with you is something you will never regret. Actually I believe most people would regret NOT bringing a camera with them during their visit to pretty much anywhere in Africa, as people are fascinating, animals and birds too – and natural wonders are galore. 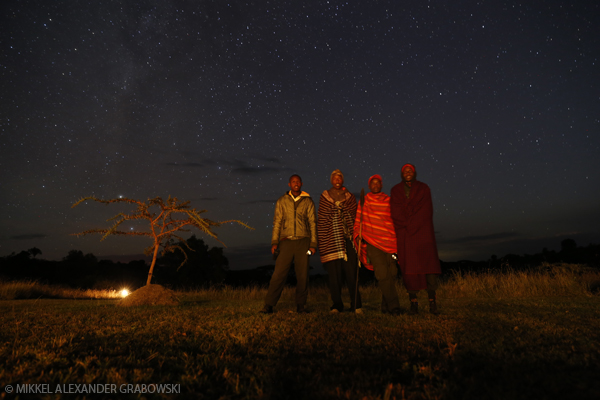 Masai Askaris at a camp under the Milky Way in the Masai Mara. While using long exposure times the challenge is to have people standing very still while the shutter is open to avoid any motion blur – photo © Mikkel Grabowski

Also the colors are so vivid and captivating – merely mirroring the many colorful cultures in Africa. Just think about the variety of people; bushmen, masai, turkana, mandingo, oromo, zulu, luo, kikuyu, kamba and many more and you will have a greater cultural variety than in most other places of the world. 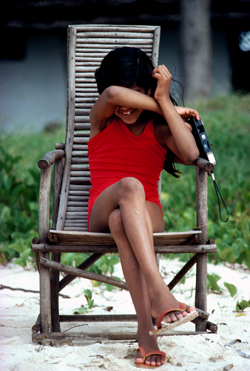 Photographing people in Africa can be a rewarding experience but it can be a bit tricky sometimes and as a rule of thumb one probably should try not to photograph someone without having gotten the persons permission first, which often calls for a small fee. On the other hand, by asking for permission before taking a picture can sometimes reduce the level of “authentic” storytelling as people will often pose for the camera and seize continuing with their normal activities. So I find it a bit of a dilemma whether to ask first or just “shoot from the hip” so to speak, and one has to decide for himself how to go about these issues.

Even photographing someones personal belongings – his house or livestock can create an issue. For example in Kenyas Northern Frontier District some tourists have been asked for quite large amounts of money (1000 US$) to “compensate” the owner of eg. some camels. Therefore it is always advisable to ask someone before photographing them as it can be a sensitive matter. 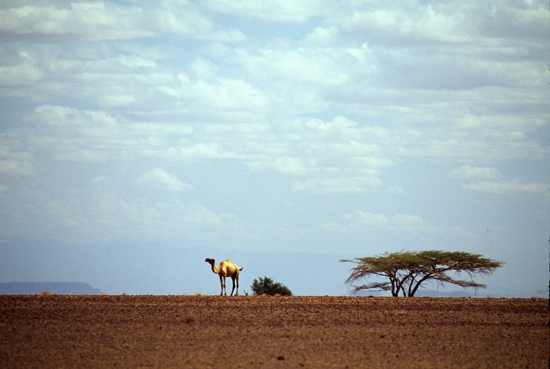 You might even be asked to compensate the person being photographed and many would ask somewhere between 20-200 KES to pose for your camera. When visiting some of the Masai communities, an agreement is often made with the villagers that every tourist pays between 20-30 USD and then they can take all the pictures they want without any problems.

Masais dancing – the leader wears a hat made out of lion skin and he blows a horn from a kudu – Leica M6 with 90 mm Elmarit f/2.8 on Kodak 100VS scanned on a Imacon Flextight ll photo © Mikkel Grabowski

Photographing the wild animals in the national parks is much fun as well as a good challenge but costs a daily fee of 30-60 USD for admission to the parks. Though it is sometimes possible here to come very close to the animals, a camera with a tele lens or a telezoom will definitely be worth carrying along with you for maximum photo opportunities. In many hotels and lodges you will find film, CF-cards and some batteries readily available, but we strongly advice you to stack up on everything you need before departing your own country. 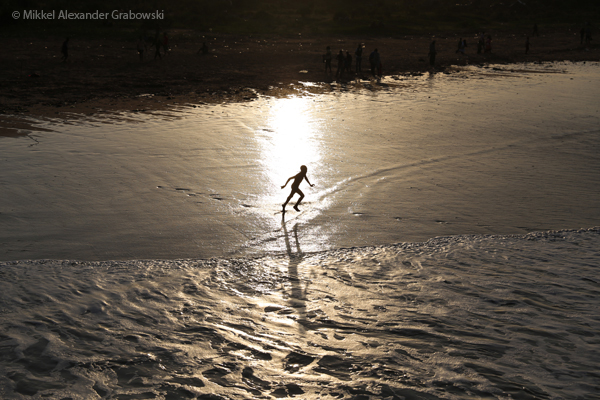 Boy running on the beach in Malindi – photo © Mikkel Grabowski

It seems, African photographers are still struggleing their way for world wide recognition and maybe photography in Africa today is more like it was in Europe and USA 30-40 years ago, where photography was mostly used as a tool for capturing the important moments in life; births, weddings, family portraits etc. In the 1960’s in SA, the Bang Bang Club was some of the first African photographers to find international recognition and fame within this field of work. 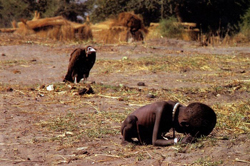 Each year in Mali hundreds of artists, collectors and curators gather at the Bamako Encounters to celebrate one of Africa’s biggest photography festivals. (https://www.bbc.co.uk/news/world-africa-15594604). Such festivals give hope to the recognition and nurturing of more world-class photography coming from Africa. From the 1970’s photography has played a major role in bringing awareness to Africa’s natural heritage, which both the tourism industry and conservation initiatives have gained tremendously from.

According to the great natural wealth in a country like Gabon and the low number of tourists to this region, promoting this region more via film and photography could show to be very beneficial in order to attract more tourists/visitors and thereby creating economic growth. This could easily be true for some other west african countries as well. Unfortunately in some African countries like Cameroon, Chad, Central African Republic and Ethiopia photographing and filming can be illegal and the police might arrest anyone pursuing such activities. Obviously this is not a good incitement for doing storytelling with film and photography in such places. 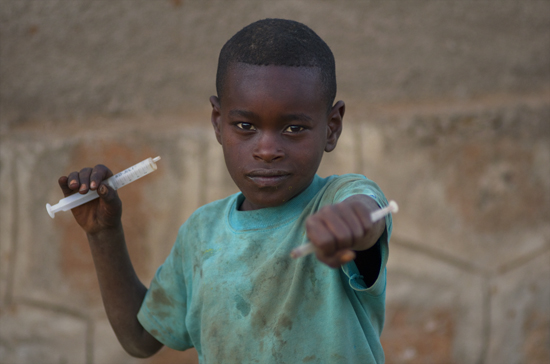 Even many African civilians don’t like being photographed or filmed and often one have to ask before taking any pictures. Yet, as a documentarist this will sometimes “ruin” the images, as people tend to smile and pose deliberately for the camera, thus destroying an “authentic” situation. As such, photographing people in Africa is not an easy task and as Paul Weinberg suggests, one has to spend time with them to gain their trust -thereby being able to record more authentic moments. 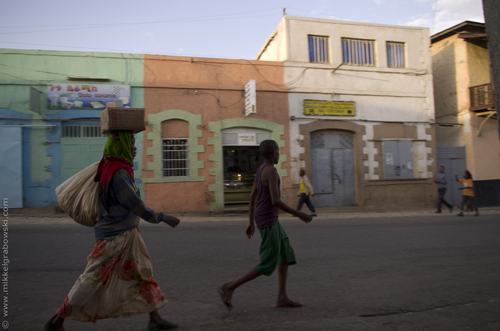 “In Africa we are still far behind in looking at photography as fine art. Luckily it’s growing and the interest is growing . I’d have feared when digital photography became so available to everybody, that there would be less interest in photography, but it grew. Because more people can almost do something, so they care about how to do it”. (Carla Crafford, Pretoria, South Africa Oct. 21, 2011). Despite Crafford’s optimism regarding fine art photography, obviously this line of work is not where most of the jobs are and making a living from being an artist is usually considered as a challenge and possible only for the few. Most jobs with photography is in commercial photography and within the consumer segment (private users who needs prints etc.). 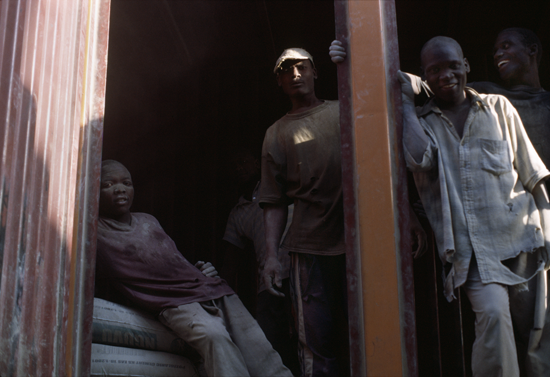 Photography student Nadine Ungerer at VSS in Pretoria is not in doubt that there is a big demand for good photographs in Africa: ”I see photography as an art. Photographs take on new forms, new looks, new approaches, so artwork still sells. Like 20 years ago there were no advertisements on motor vehicles. There are more billboards around, television ads and more magazines and everything. Even on the internet there are thousands and thousands of photos. If people use Facebook there are photos, on Twitter, all those local sites. Everything involves photography. 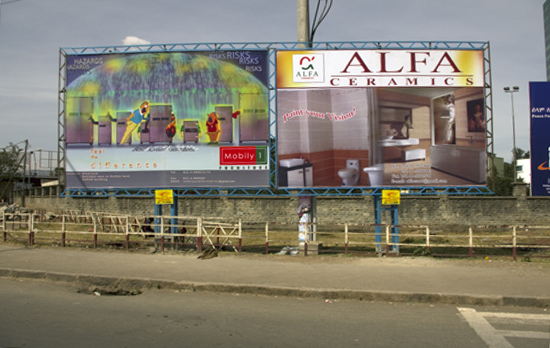 Huge billboards with photograps and graphic art have nowadays become common sights in many places in Africa – not only in the capital cities but also along roadsides in rural areas.

“I think the new generation is getting a bit lazy, everything is being handed to us, so to go sit and read a book is – it takes too long. So now people just watch movies or you just want a simple thing in a magazine, a simple small text and a big picture and you get the message. So photographs are very important. On billboards you see one photograph and that’s it”. (Interview: Nadine Ungerer, Pretoria – South Africa 2011). “But with the digitization, photography have rapidly become ”every mans tool” and many professional photographers have suddenly been challenged by fierce competition and lower prices. ”Photography is the only business in which people without any accreditations can come in from the street, so to speak, and get an hourly wage that exceeds most other professions” (Kenny, Laetitia Wolhuter, South Africa 2011). 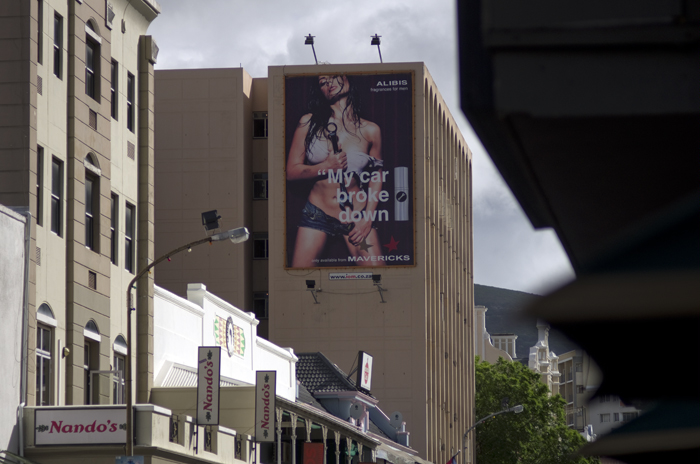 In The Times Life Style and Business sections, photography is being used extensively to market products, concepts, packages, dreams etc. Photography is simply unbeatable when it comes to making ideas and things look appetizing and for this reason it is also used as one of the main display tools in shop windows, in restaurants and as huge billboards in the streets and on buildings. At night (in Cape Town and possibly many other places in Africa ) these are lit by electric lights, further emphasizing their impact and value. 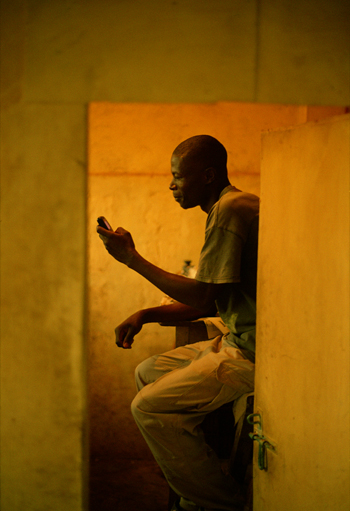 In Addis Ababa there are photographic print stores on almost every street and the Ethopians seem to enjoy having portraits and family photos taken. ”People love pictures of themselves. It is a good business to have a photo lab in Ethiopia. Especially the Somalians love having taken their pictures, maybe because they are usually veiled”. Also with more and more Africans joining social media platforms like Facebook, Instagram etc., an increase of images is evident. And some people will even pay a professional photographer to portray them.

Summary
From a sociological- and psychological perspective photographs of people corresponds with the wish to communicate some form of identity to gain social status and somehow ”branding” oneself and it will be interesting to see much more photography coming out of africa. 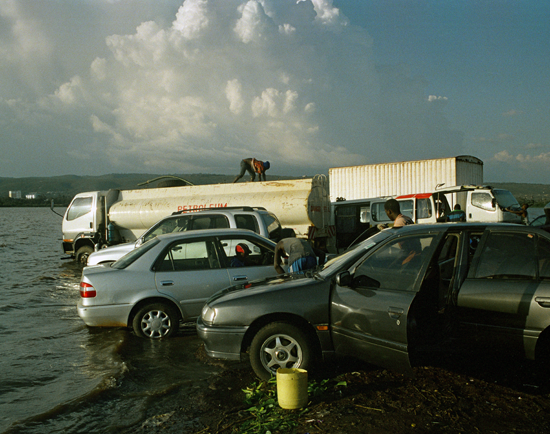 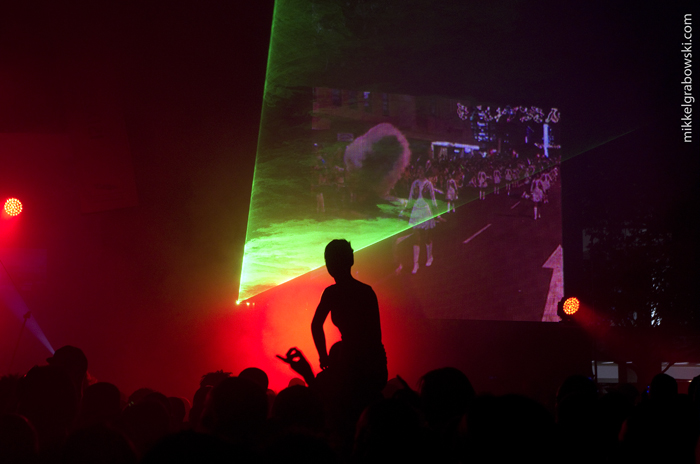 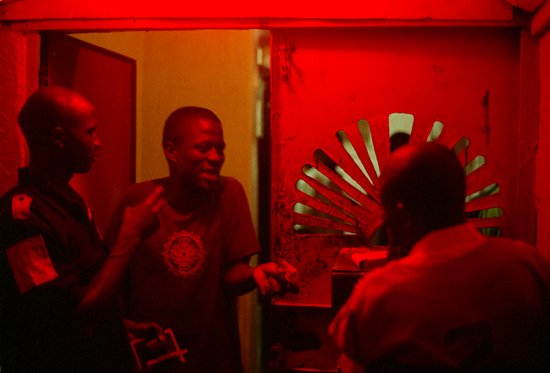 There are so many untold stories out there that I hope to get to see the day of light because humans are just amazing and we can all learn from it. 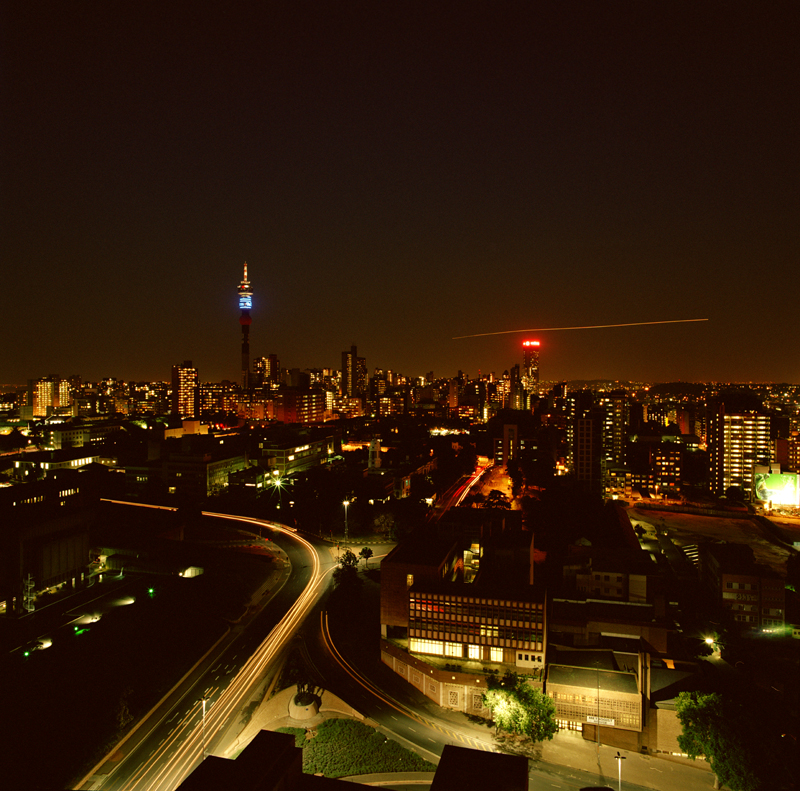 Despite the business for some professional photographers have devaluated as a consequence of the enormous spread of digital cameras, there is a big market with magazines and news papers, life-style publications, fashion, weddings, portraits, travel/tourism, product photography, stock images etc. for professional photographers in Africa. And for the amateaurs; with a demography in many African countries of more than 50% below 15 years of age wanting to build and strengthen their identity, images on Facebook seems like an effective way of presenting oneself to a huge network of people. 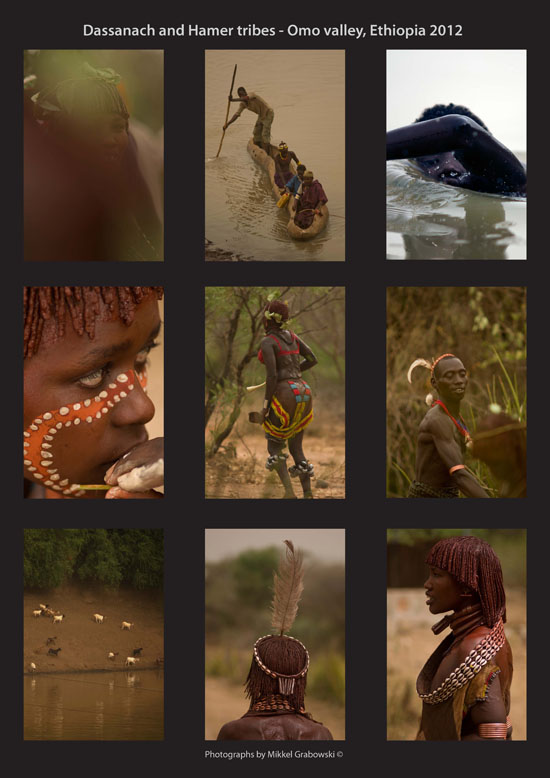 Yet this kind of photographs is of a more personal nature and probably primarily minded to participate and integrate into a social sphere whereas the photographs tourists take in Africa are mostly focussed on the amazing African wildlife. If photographs of the African wildlife is done professionaly the images might be suited for commercial use – continually branding Africa primarily as a safari destination. 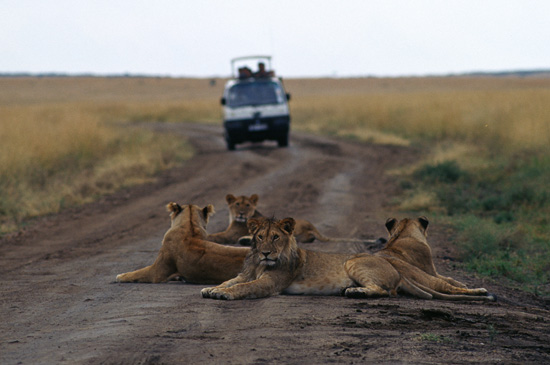 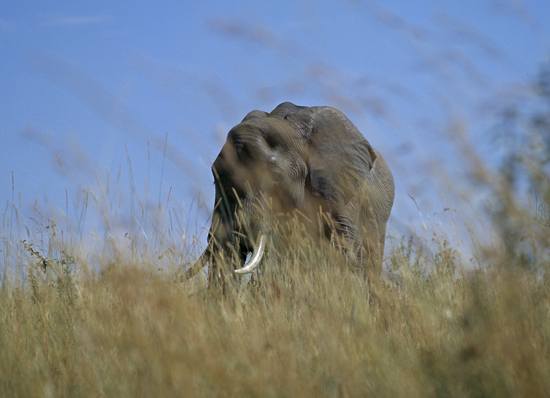 As such it seems there is a growing niche for visually exploring both the african wildlife furthermore as well as the society and culture which is more or less the aim of this website to make an attempt in adding to that niche!